I had a somewhat infuriating experience recently “helping” my boyfriend buy his first car.  Now, before I get too ranty (I already sense the rants coming on), I obviously love my dude and I love his parents too.  Until it comes time to do something like car shopping.  At that point, they become all-knowing infallible gods of the universe and occasionally drive me to drink.

J already had an approval for financing from his credit union and asked me to come with him to the dealership to help him get a better deal.  He only knew that was an option because I explained it to him.  Because I spent three years in the car business, doing everything from sales to finance, and I know how to make a dealership fork over the best deals.  But alas, I’m just a girl.

Anyone that’s done it before knows car shopping kinda sucks.  J’s dad felt obligated to attend the meeting at the dealership, and harbors the “get in and get out” school of thought.  As soon as I mentioned to the salesman that we wanted to see if the dealership could do better than J’s ready-to-go financing, J’s dad went on high-alert.  He immediately silenced me with his oppressive glares and exaggerated breathing patterns.  I stood up and said, “But I’m just a girl, so what do I know?” and proceeded to wander around to the back of the dealership to smoke a bowl while the boys finished dicking around.

It’s the best trick in the book if you have decent-enough credit (650+): get yourself pre-approved through your bank or credit union (CU’s tend to have better financing options), and take that approval into the dealership with you.

Car dealerships make money in two ways: on the “front end” where they make a profit on the actual car from the manufacturer, and on the “back end” where they sell your loan to a bank and earn a portion of your APR.  Allow me to elaborate on this.  When you apply for financing at a dealership, they send your credit application and car deal information to any number of banks (could be one, could be seven, each one is a hard-pull on your credit) and wait to see who approves your loan.  Part of each approval will include how many “points” the dealership gets on your rate.  So if Wells Fargo approves you for a 2.4% APR, the dealership will sign you at up to 4.4% and pocket the 2% difference in interest that you end up paying to the bank over the term of your loan.  I used 2% in this example because that is the maximum allowed by Colorado law, but it could be different state-to-state.  When financing through the dealership with a credit union, it’s usually a “flat rate” the dealership earns from the CU (ie. a set dollar amount based on the amount financed) and you don’t get a bump in your rate.

Dad hijacked the whole experience.  The salesman wasn’t even explaining the new car to J; he kept looking at dad while he was talking.  I asked him to please explain this to the owner of the car.  He continued, This is what we call a panic button.  Say you’re at the mall and forget where you parked, you can push this button and it will set off the alarm and you can find your car!

J got the car he wanted.  I’m happy for him.  What irks me is his dad had planned to leave when J went into finance to sign his paperwork, but after noticing what I was up to didn’t trust me enough to leave until J had signed and was driving away in the damned car.  God forbid I pull a switcheroo like the demon wench I am and save the boy some money. 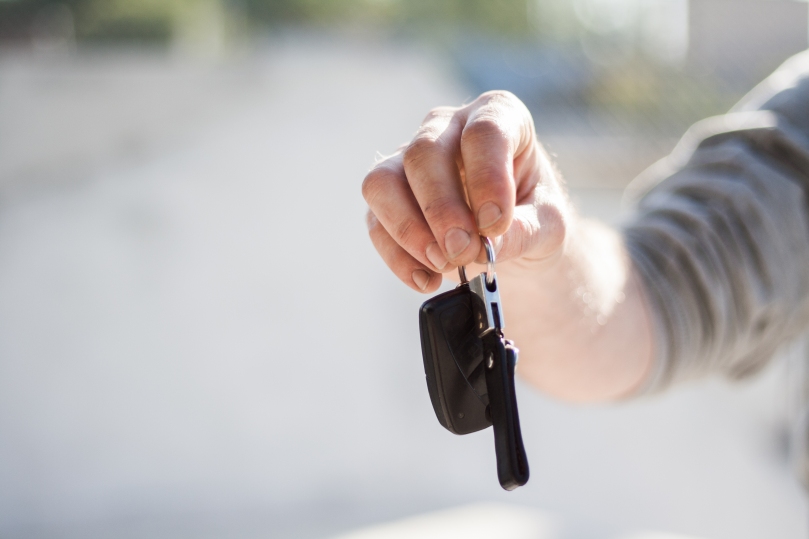 what do you think? Cancel reply

can we just skip adulting for the day?

I do some social media